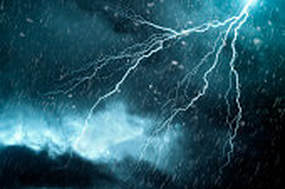 Dr. Joshua Penn is no ordinary archeologist.  A theological scholar,  ex-Navy SEAL, fluent in Arabic and Spanish, and a former special operative assigned to the Special Activities Division of the CIA, the Deep State's darkest weapon.  He has buried his past operating as a lone assassin in the Middle East.

Accompanied by his wealthy Latina colleague, lover and famous anthropologist, Teresa Vega, they take possession of an obsidian tablet engraved in Biblical Hebrew discovered by two American tourists and their Mayan Guide in the Yucatan.  If authentic, the artifact predates Columbus by two millennia and will drastically alter history.

Will the inscription be a new revelation from God?

Its discovery ignites worldwide interest, particularly from the Church of Jesus Christ of Latter-Day Saints, desperate for archeological evidence to prove the historicity of the Book of Mormon that claims four Jewish migrations occurred from the Levant two millennia before Columbus discovered the New World.

​Josh and Teresa are plunged into intrigue, corruption, and are nearly torn apart when a Mexican crime syndicate tries to murder them and sell the tablet in the black antiquities market to an Iranian broker.

They find unexpected salvation from a Japanese industrialist, but his motives are unknown and his omniscient abilities suspicious.
​
Join Eden Lost, the first book in the Joshua Penn Series trilogy, and journey along as he unravels the mysteries surrounding the artifact and the people who seek to either enlist or destroy him.
Proudly powered by Weebly